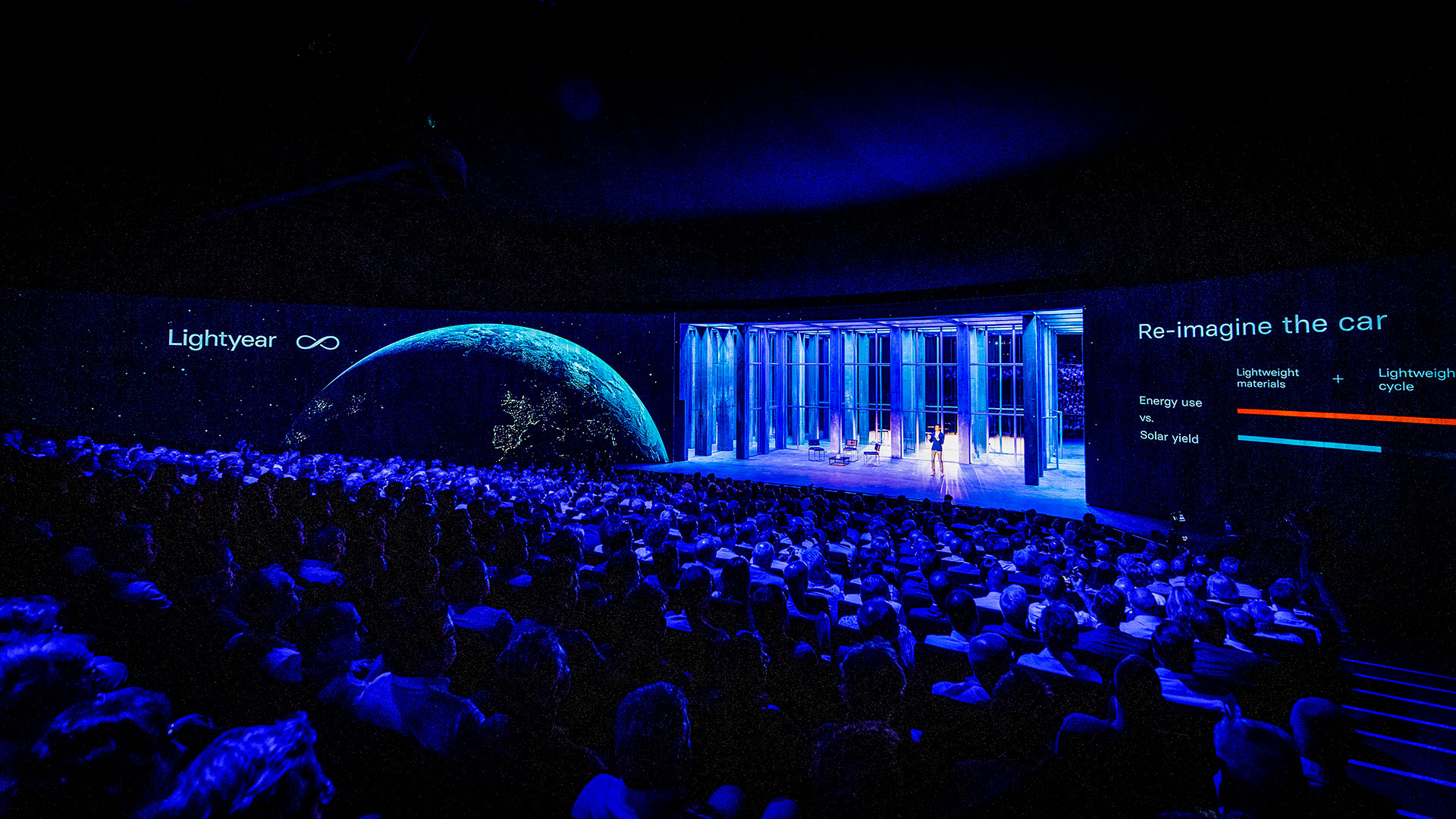 Katwijk, June 25, 2019 – Lightyear, a pioneer in clean mobility, introduced the first long-range solar car today. The prototype was presented to a select audience of investors, customers, partners and press at the break of dawn in the TheaterHangaar in Katwijk, the Netherlands. “This moment represents a new era of driving,” said Lex Hoefsloot, CEO and co-founder of Lightyear. “Two years of dreaming, thinking and working hard have led to this milestone, which is a giant leap towards achieving our mission of making clean mobility available to everyone.”

Lightyear was founded in 2016 by alumni of Solar Team Eindhoven, which won the Bridgestone World Solar Challenge in 2013, 2015 and 2017. Since the launch, Lightyear has received several awards, grants and support from key investors. “This allowed us to develop a working prototype for the first long-range solar car in just two years. We have already sold over a hundred vehicles. With Lightyear One, we want to show that our technology enabled us to build one of the most sustainable cars on the market that also offers great convenience.”

Lightyear One has been engineered coming from a radically different perspective. Hoefsloot: “We all have a performance background and with that we focus relentlessly on to optimise efficiency and safety”. Lightyear started from scratch, following not convention but only the laws of physics, to purposefully design a car that “gets the most out of every ray of sunshine”. Hoefsloot continued, “The main goal of the car is to fill in where electric cars fall short. Research has shown that range and the lack of charging options are still the top concerns that people have when considering electric cars.”

“We are solving these issues with what we call ultra-efficiency. On one hand, that will lead to an exceptional range of 725 km (WLTP) on a relatively small battery. On the other hand, it can charge directly from the sun because its energy consumption is much lower, generating up to 20,000 km worth of energy per year. Moreover, all of the charging options out there become easier to use because you get a lot more range for the same amount of energy charged. So effectively, you charge a lot faster from any power outlet. You can charge up to 400 km per night from ordinary 230V sockets. That’s great for road trips because you don’t need charging infrastructure.”

During the presentation of the prototype, Lex Hoefsloot emphasised the importance of the moment. “Climate change is one of the biggest problems that we humans have faced in our history. It is such a frightening development that it is almost paralysing. We decided to do the opposite; as engineers, we believed we could do something. Lightyear One represents a huge opportunity to change mobility for the better.” Hoefsloot stressed that nature has been a great source of inspiration. “For centuries, we have lived in balance with nature. With the technologies of today, we have the opportunity to do so again. By starting from scratch and using the laws of nature as a guideline, nature becomes our greatest ally in developing ultra-efficient designs.”

According to Hoefsloot, this is just the beginning. “Since new technology has a high unit cost, we have to start in an exclusive market; Lightyear One is the first long-range solar car and has staggering specifications. The next models we plan to develop will have a significantly lower purchase price. In addition, future models will be provided to autonomous and shared car fleets, so the purchase price can be divided amongst a large group of users. Combined with the low operating costs of the vehicle, we aim to provide premium mobility for a low price per kilometre. A third, final step will be to provide truly sustainable cars that are more affordable to use than the cost of gas you need to drive a combustion car. This will prove to be our most important tipping point in the near future, and it will pave the way for a car fleet that is one hundred percent sustainable.”

The unveiling show of Lightyear One is made possible through funding received from the European Union’s Horizon 2020 research and innovation programme under grant agreement No 848620.

Lightyear will be ramping up production of the Lightyear One in 2021. The first 100 cars have already been reserved. Via the Lightyear website, buyers can now reserve one of the 500 Lightyear Ones for a reservation fee of €119,000 (expected delivery in 2021).

Lightyear started from scratch, following not convention but only the laws of physics, to purposefully design a car that “gets the most out of every ray of sunshine”. Hoefsloot continued, “The main goal of the car is to fill in where electric cars fall short. Research has shown that range and the lack of charging options are still the top concerns that people have when considering electric cars.” 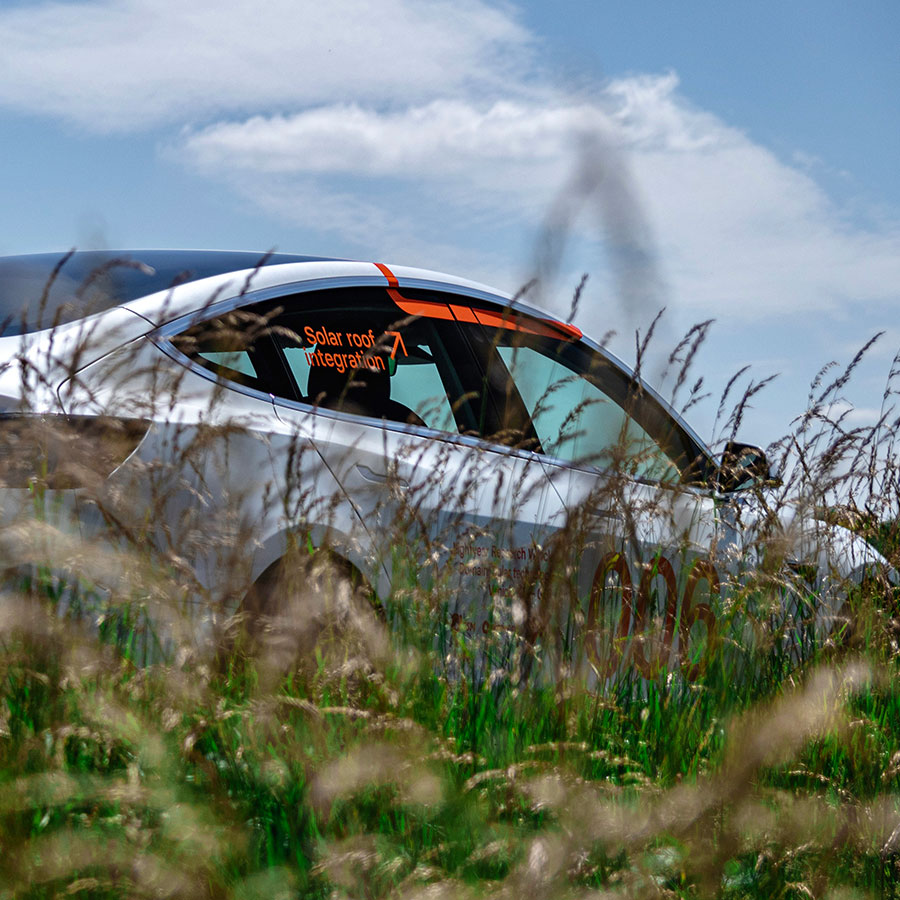 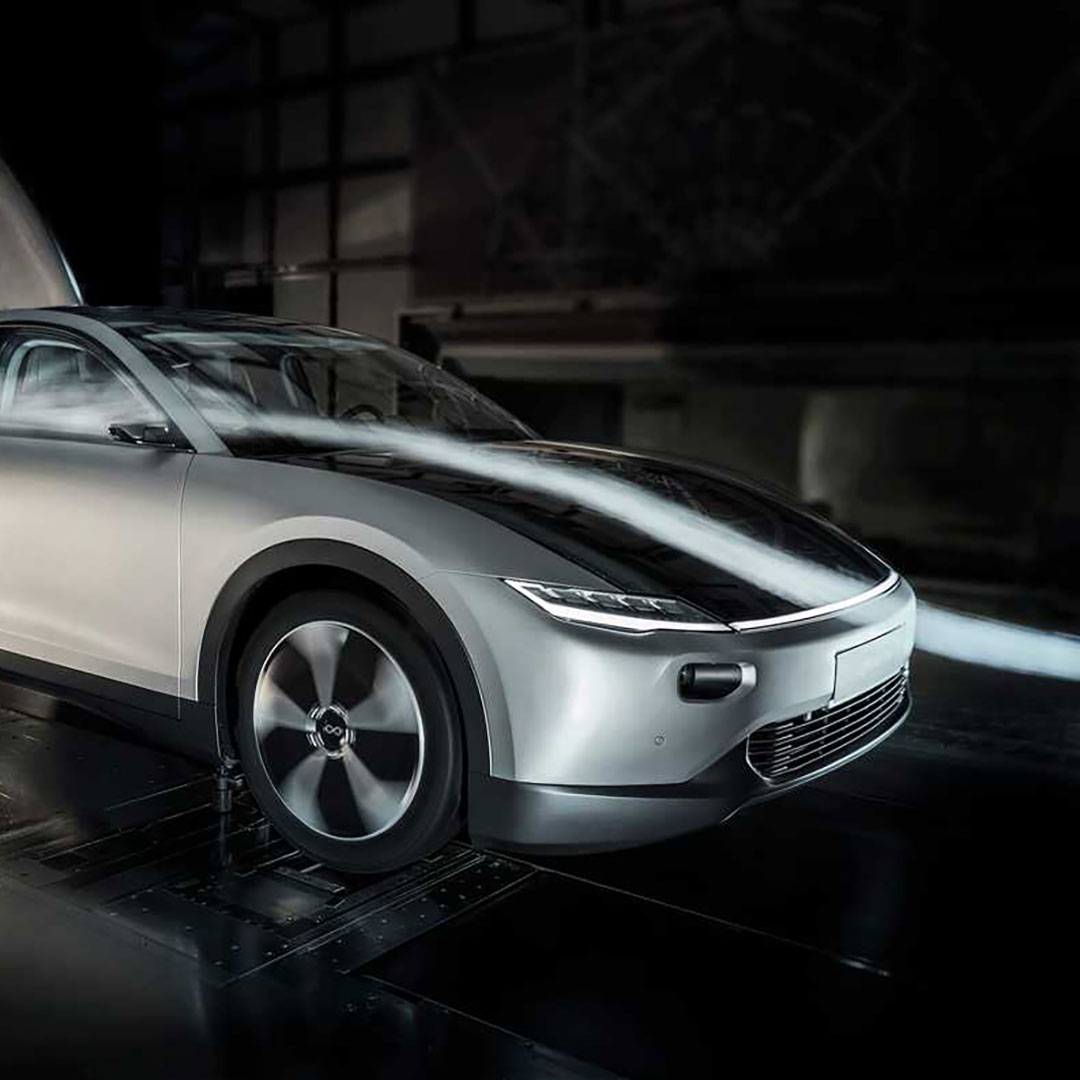 Lightyear One: the car built to perform on energy efficiency 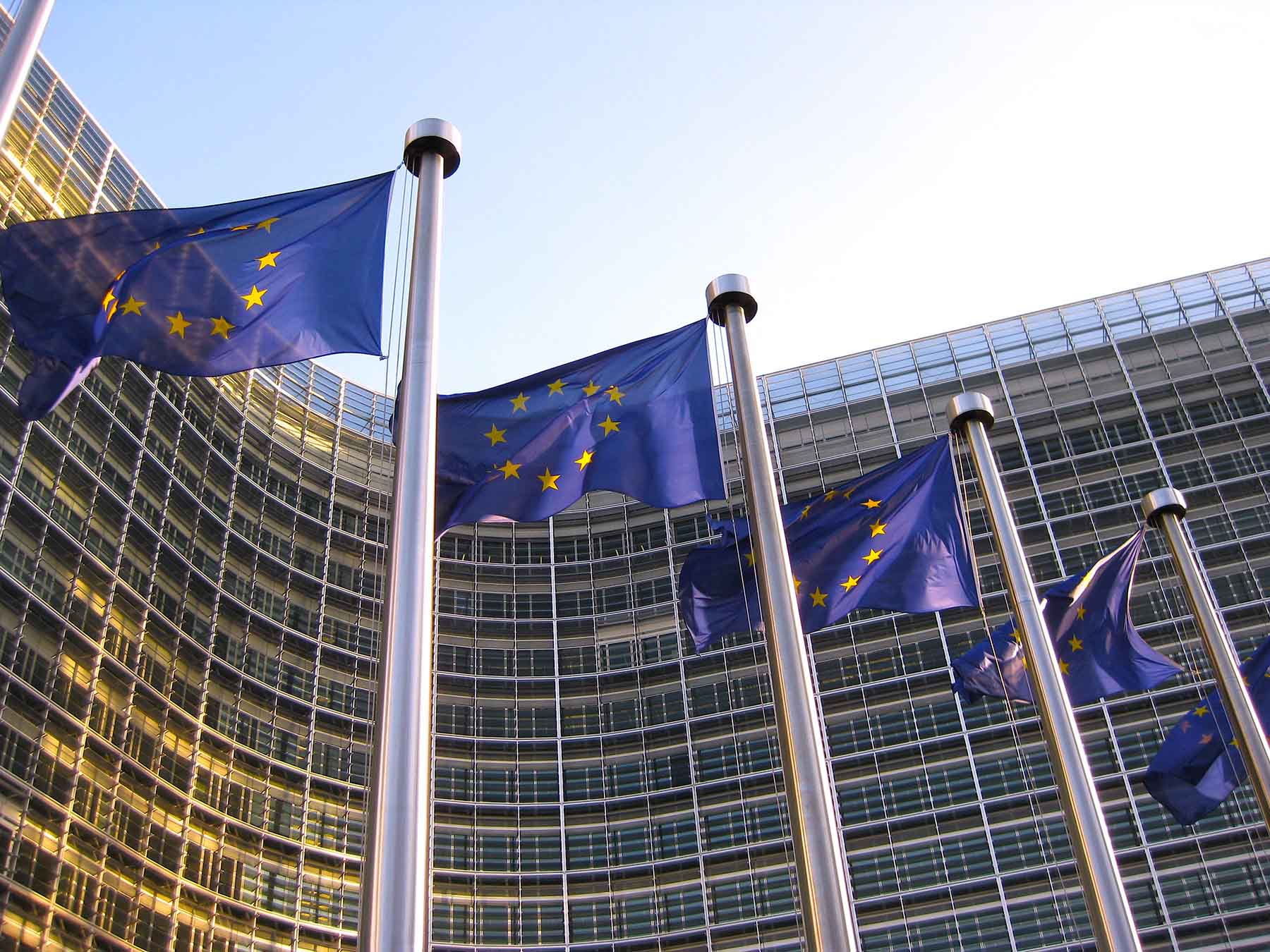