Our 1st long-range solar cars will hit the roads soon! Sign up today for updates and learn about upcoming events.
Dismiss
Menu
<  Back to overview
<  Progress overview
Journey
—
May 28, 2021

Romania — A Big Fish in a Green Pond 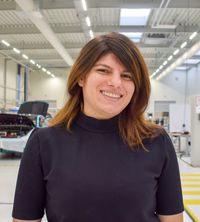 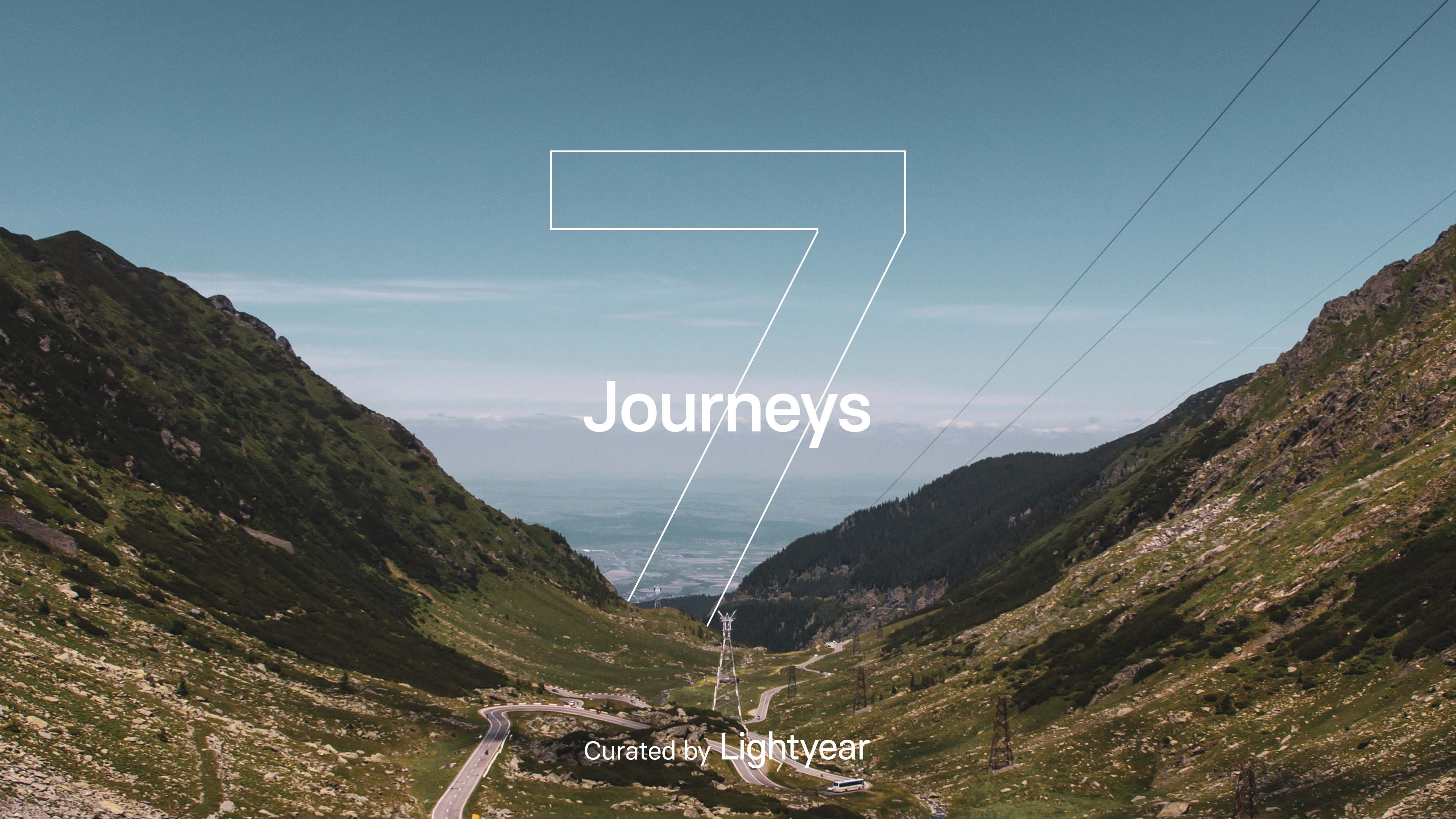 Lightyear Journeys is a monthly evolving selection of trips to fuel your wanderlust. Always within Lightyear One’s 725km range, it’s a carefully curated selection of eco-luxury trips and destinations.

Check out the previous Journeys in South Africa and Scotland, and make sure to never miss another one by subscribing to our newsletter. If you have any suggestions for the Journeys or have a great destination in mind, you can reach out to us via journeys@lightyear.one.

We begin this amazing journey like all amazing journeys should begin: from the capital. Old tales say the story of the shepherd Bucur, who first put the foundation of Bucharest (Bucureşti in Romanian) around the year 1300, in the old country of Wallachia.

As the fourth most populous city in the European Union, Bucharest has a whopping 1.6 million vehicles. And those are just the ones registered in the city, without counting the cars of the people who travel for work here.

Once you arrive in Bucharest, the first thing you need to see is the Palace of Parliament building. And you will see it! It’s the heaviest, most expensive administrative construction, and the second-biggest administrative building in the world.

Also known as The People’s House, this building is the perfect representation of Communist Architecture, and, placed in the heart of the capital, on a hill, you can see its beauty in all its might.

From the current capital to Romania’s Medieval capital, we travel 50km from Bucharest to Târgoviște, the former capital of Wallachia. If this country sounds familiar to you, it is because it was the one ruled by Vlad the Impaler, the infamous Dracula, and Târgoviște was where he held court.

And yes, you couldn’t go through a Romanian article without reading at least a reference to him.

But don’t let this bloody history destroy the beauty of Târgoviște for you. It is one of Romania’s well-preserved Medieval cities, so of course old churches, Royal courts, and parks are some gorgeous sights that you cannot miss.

Since you are here, grab a quick drink in the Old City Centre, at the Old House Taverna, and prepare for the amazing adventure that will follow.

The Court Upon the Argeș

We continue our journey from Târgoviște to (yet) another Wallachian capital. Curtea de Argeș, or The Court Upon the Argeș River, was the capital when the grandfather of Vlad the Impaler, Mircea the Elder, ruled.

Besides the fact that Curtea de Argeș is a gorgeous small city, full of nature and lively parks, it is home to one of the most legend-prone Monasteries in Romania.

Sit close, as we explore the tale of Manole, the architect, and his tragic relation to this, his final creation. When the Monastery kept crumbling down, the patron threatened Manole with death, unless he found a solution. That night, in Manole’s dream, an angel appeared and told him that the church will stand if he will place the first woman he will see the next day in the foundation. Unfortunately, the first woman that came to the construction site was his pregnant wife, Ana.

And that wasn’t the end of Manole’s plight. After the Monastery was built and everybody praised its beauty, the patron stranded Manole and some of his workers on the roof of the church, so they could never create anything as beautiful again. In an attempt to escape, they made wings from wood and other materials that laid around, but fell to their death. Based on legend, a spring of clean water appeared on the spot where Manole died.

The Country Beyond the Mountains

We leave Curtea de Argeș and go to one of the most beautiful roads Romania has to offer and an exceptional reminder of why driving is such exquisite pleasure. Drive your Lightyear One through the Transalpina, the KIng’s Road or Devil’s Path, the highest road of the whole Carpathian Mountain chain.

Thought to be built by Roman legions, Transalpina is a road that will literally take you through the clouds.

Enjoy the views and the untamed wilderness of the mountain you are crossing, as we will soon reach our next stop, and kilometre 332 of our trip.

The City with Eyes

After crossing Transalpina, which is Latin for “the country beyond the mountains”, we reach Sibiu.

Where do we even start with Sibiu? Soon to be a UNESCO World Heritage site, the European Capital of Culture in 2007, the European Region of Gastronomy in 2019, Europe’s sixth best tourist destination in 2020, and the European Wandering Capital in 2021, Sibiu is everything.

Whenever you might hear of a Music Festival or a Theater Festival, you can be sure it will be hosted in Sibiu, so, if you can time your next visit with one of them, you will not regret it.

Now might be the perfect moment to grab a bite at one of the famous restaurants here. We recommend KOMBINAT, where you can eat chef creations made from natural and bio food, bought directly from the local producers.

Honestly, you can eat healthy anywhere you would stop, along the roadside of Romania. Except for the big cities, almost all restaurants count on hard-working Romanian farmers. And trust us, we recommend you immerse yourself in the culture further, by exploring any locations that might look amazing, and put the famous Romanian hospitality to the test. They tend to show care and love through food, so pack loose pants!

A City With a Thousand Towers

We drive 90km more and we reach Sighișoara.

A UNESCO World Heritage Site, Sighișoara has one of the best-preserved walled old towns in Europe, with wooden stairs and secret corridors that will take you back in time and will make you feel like a ye olde maid and knight.

This looks like the perfect place to take a break in our Journey, and check-in at a gorgeous hotel, the Fronius Boutique. This beautiful location, with rooms decorated like how an old Romanian house would have looked like, with wooden details and flax bedsheets, will add to your experience even more.

Now that you woke up well-rested, let’s continue our trip to the next destination, and that is Brașov.

A famous place for a quick getaway for most people living in the capital and a great place for a ski trip, Brașov was a great commercial hub. And, as an extra fun fact, it was known as the Crown City in the MIddle Ages, or Corona.

We know, we also exhaled through our noses when we learned about this.

And now, for the Piece of Resistance, and the most mentioned entry when we asked what you would like to visit in Romania, for Journey #7.

A road with a dark history, made by young soldiers during the Communist era, it was commissioned by Ceaușescu as an escape route, in case the Soviet Union ever decided to invade Romania.

Named “the best road in the world” by the hosts of Top Gear, the Transfăgărășan is something all drivers remember after their trip to Romania.

Still, be careful when you decide to visit: Transfăgărășan, as well as Transalpina, are mountain roads that can be really dangerous during the winter and summer, because of avalanches or falling rocks.

The “ș” sound sounds like the English “sh”. Now you can read the names of the cities like a proper Romanian.

For this trip, the Transfăgărășan was open only until the Bâlea Lake Mountain Chalet. But, who knows? Maybe we can go further, when the road allows.

So, here we are. After driving 676 kilometres, we come to the end of this Medieval Romanian Journey. From impressive buildings to legends of times passed, we drove through this Balkan country full of wonders. So, until we meet next time, don’t forget to feed your wanderlust and sleep with garlic under your pillow, or else the vampires will bite.

And yes, a final Dracula reference, before you left.

A trip means nothing without the ideal soundtrack in the background. And, since we are in Romania, famous for the classics they offered us, why not blast this playlist during your Journey?

This month, we listened to your votes! After asking our followers on social media where they would want to travel next, beautiful Romania won. So, let’s journey together through this Eastern European gem, and learn history while experiencing breathtaking views. 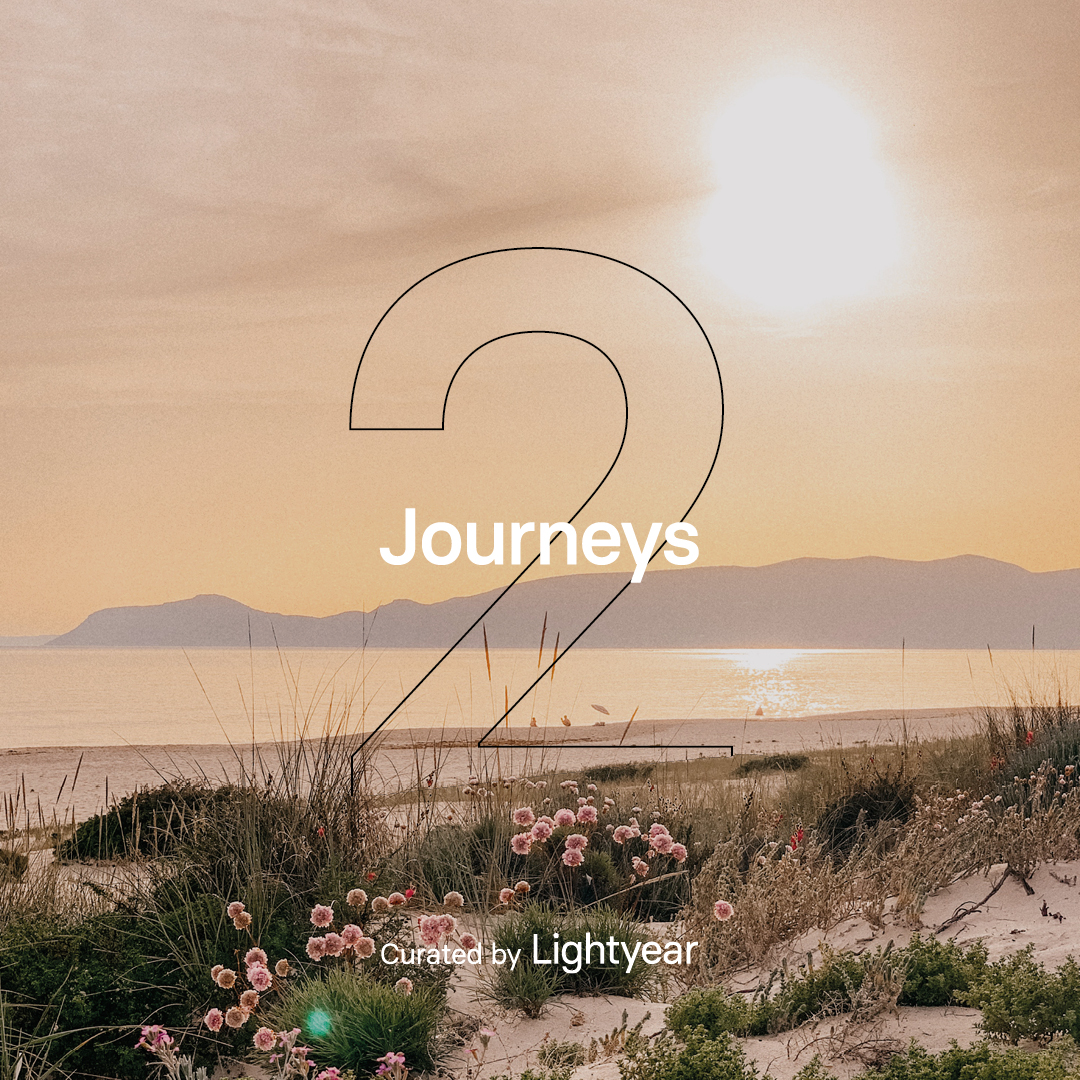 The Atlantic coast of Portugal 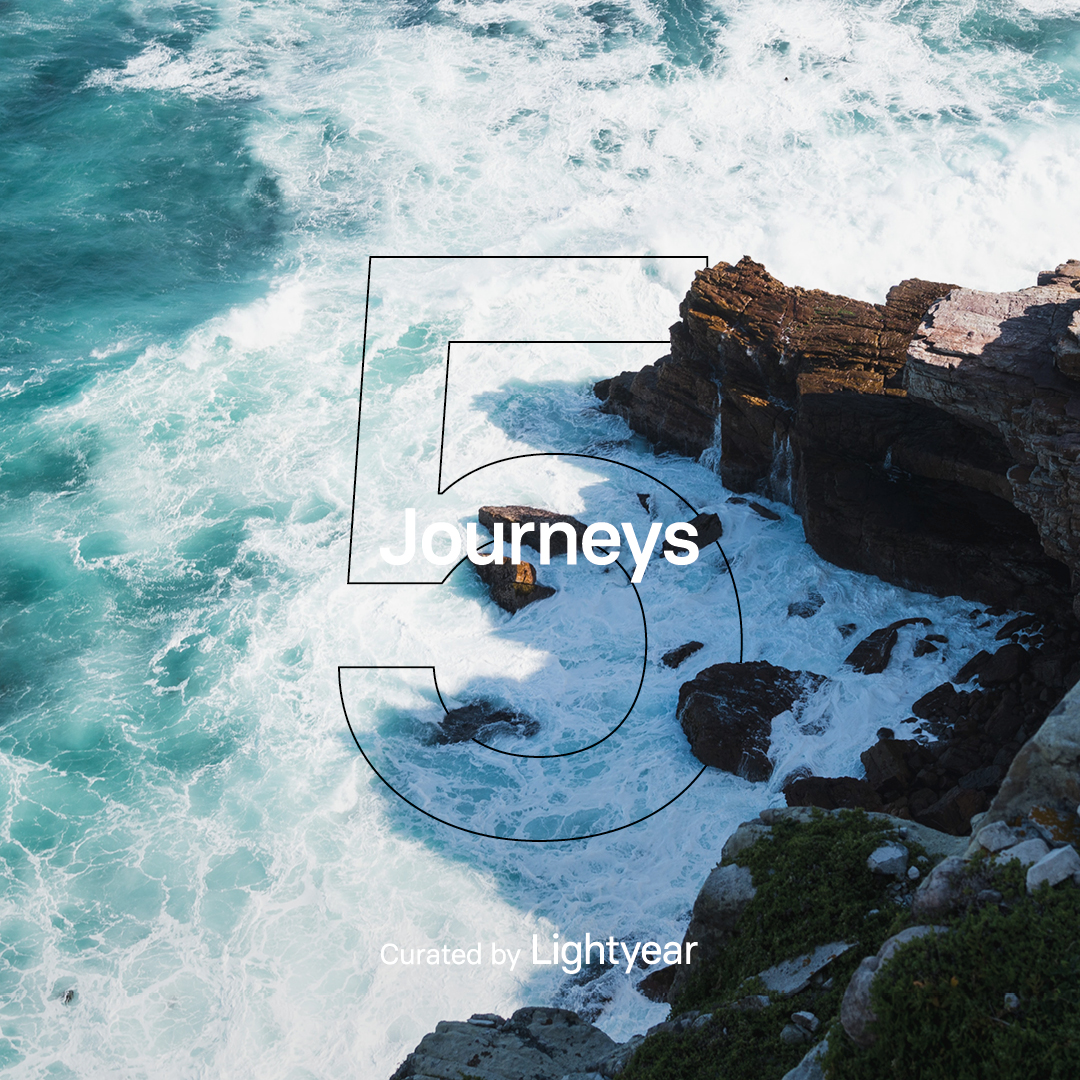 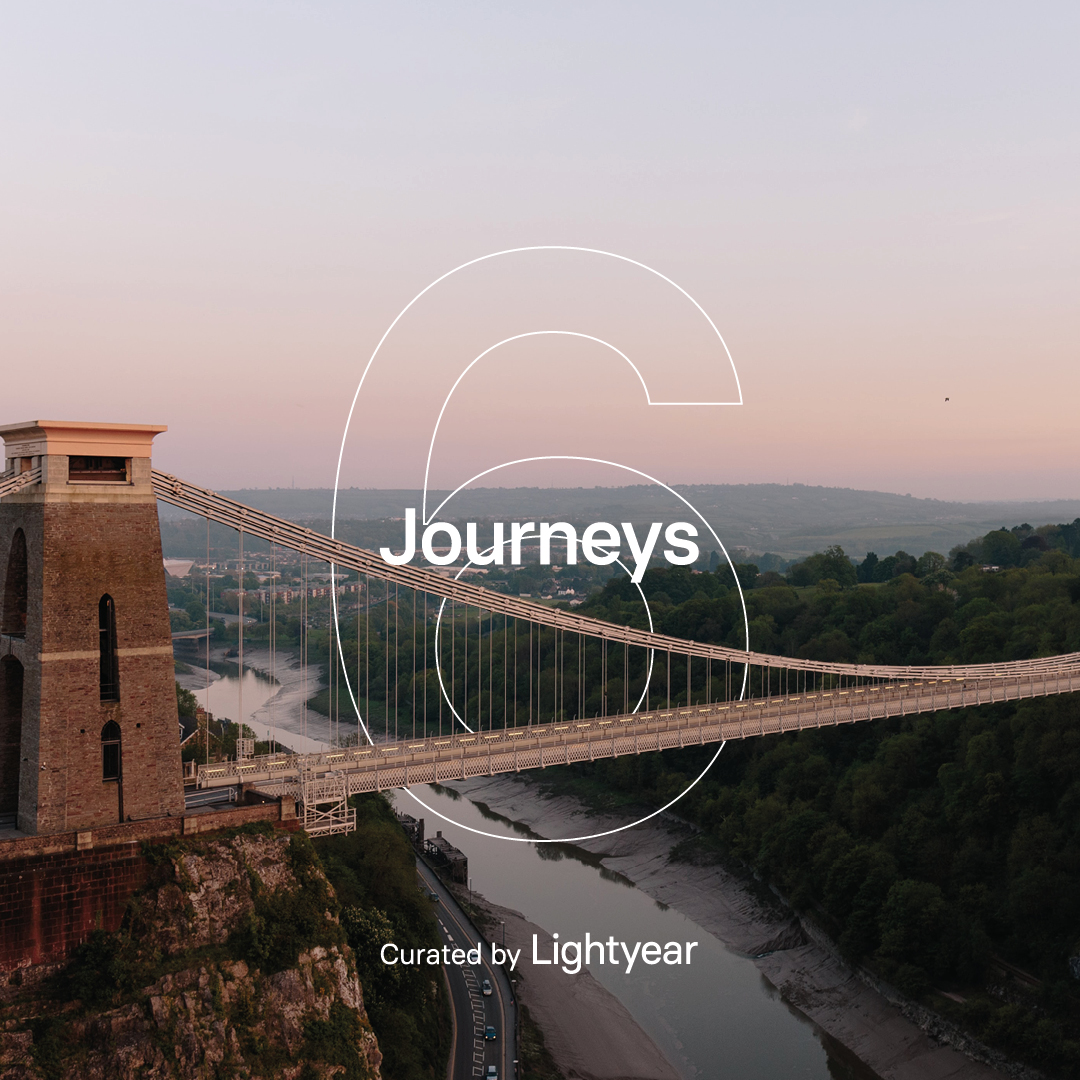 England — From Bristol to Brighton